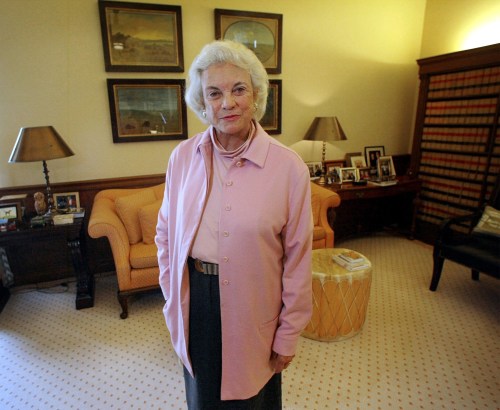 Carol Fishman Cohen of iRelaunch pays tribute to the retired Supreme Court Justice, 60 years after the start of her career break and subsequent rise to the top of her field.

Tributes to a luminary such as Sandra Day O’Connor, now 90 years old and retired from public life since 2018, are likely to focus on her stature in the legal world and her path-breaking appointment as the first female U.S. Supreme Court Justice. Less well known, but equally remarkable, is the unusual course she followed as she built her stellar career.

Justice O’Connor took a five-year career break in the early 1960s —when such a move was considered career-ending, because her babysitter quit and she couldn’t find a replacement. Yet, despite the long odds against her, she relaunched her full-time legal career and reached the pinnacle of her field. Fifteen years ago, I had the opportunity to hear directly from Justice O’Connor about how she navigated those milestone moments.

My co-author Vivian Steir Rabin and I were writing our book “Back on the Career Track”(Hachette 2007), the manual-to-be for career reentry after a multi-year career break. It was a novel idea at the time, often met with skepticism, and we were on a mission to find high-profile “relaunchers” whose experiences made them early role models for the concept. We were thrilled to meet and interview Justice O’Connor in chambers in March of 2005 as part of this effort.

Much of Justice O’Connor’s story is legendary: she grew up on an Arizona cattle ranch

© COPYRIGHT NOTICE: This Media Coverage / Article constitutes copyrighted material. The excerpt above is provided here for research purposes only under the terms of fair use (17 U.S.C. § 107). To view the complete original, please visit Nbcnews.com.